As GSSI celebrates 50 years, we’re looking back through our history and highlighting our great innovations that we’ve pioneered. Here, we look at the third decade of our company and product history.

In the ‘90s when the world was getting used to cable television, text messaging and DVD players, GSSI was continuing to invent products to help our customers solve their problems.

In 1990, we introduced the revolutionary SIR 10 systems. These systems were the first GPR systems that didn’t include knobs or dials and implemented a keypad that controlled most of the GPR controls via a user interface (UI). The SIR 10 data was displayed on a remote color monitor and had industry-first capabilities to collect multiple channels of data. This functionality was perfectly suited for the road and rail markets where single pass coverage allowed the user to collect data more quickly and efficiently.

GSSI was working hard in 1991, releasing two new antenna designs for the road and bridge applications that highlighted the controller capabilities on the SIR 10. The Model 4205 2GHz horn antenna and Model 4208 1 GHz horn antenna were designed for road and bridge inspection and analysis. Also in this year, we released the Model 3102A 500 MHz antenna which was suited for utility detection. This antenna started the utility detection GPR revolution and used an early injection molded technique, which was a first for GSSI at this time. Important to note: early competitors were using this antenna design for their systems. Our Senior Mechanical Engineer, Kevin Reardon, worked on this antenna design when he first started with GSSI in 1988.

Fun Fact: 15% of our current employees worked for us in the 90’s. Their institutional knowledge of GSSI GPR products help immensely to look back at the past and move forward.

In 1994, GSSI took a major technological step forward and introduced the SIR 2 GPR controller. The SIR 2 was a monumental achievement for the industry and changed the way we see GPR systems today by making large vehicle-based GPR systems wearable and durable for the rugged field conditions our customers encounter. The SIR 2 could be carried by one person and was powered by a small, portable battery. This system had UI advancements that included Automatic Gain Control which improved in field data interpretation.

The Multiple Low Frequency (MLF) antenna, released in 1994, has five antennas in one allowing customers to alter the antenna elements to change the center frequency from 16 to 80 MHz. This antenna is best suited for deeper penetration, most commonly used for geological and environmental investigations. To this day, 26 years later, the MLF antenna works with all GSSI control units from the SIR 10 to the SIR 4000.

We released two new innovative products, in 1997. Model 5100 1600 MHz antenna for concrete analysis and the GEM 300 which was a first for GSSI entering into the electromagnetic market.

This was also the year that we launched our first website. Kirsten Vargas, who started at GSSI in 1992, recalls how special that moment was, “I still remember hearing one of the Sales Team members giving the address over the phone by spelling out, “h-t-t-p – colon – backslash, backslash – www.geophysical.com.” It seems strange now, but at that time having a site on the web was pretty progressive. Have you ever wondered why Geophysical Survey Systems, Inc has the web address www.geophysical.com? At the time the domain was registered in 1996, there were restrictions on the number of letters you could have in your domain name and “geophysical” was chosen to be the online identity of GSSI.”

In 1998, the SIR 2 controller received a significant revision and the SIR 2000 was born. The SIR 2000 was rugged with an environmentally sealed plastic casing protecting the unit from moisture and physical abuse.

In 1999, GSSI released three products that focused on specific markets. The first was StructScan, a SIR 2000 control unit with a 1.5 GHz antenna for concrete inspection. This was a GPR industry first where we combined a high performance, high frequency antenna with a controller and a simplified UI to address the needs of this market. StructScan was a stepping stone for the world leading StructureScan family that GSSI continues to sell to this day.

BridgeScan 2000 was a breakthrough new technique for quality control/quality assurance of concrete bridge decks. This allowed bridge engineers to target deteriorated zones within a bridge deck, reducing the need to completely replace them.

PathFinder was developed to accurately map pipes and underground utilities in 3D. The technology for this system was years before its time using four independent channels of data with a cross polarization antenna design. PathFinder incorporated a wearable heads up computer so the user could view the UI and data via a wearable eye piece.

In our next edition of this blog series, we’ll focus on the “Millennial” products we created and how we were able to incorporate technological advancements into the evolution of what you see today. In the meantime, we’d love to hear which product you started out with. Share a story or a picture with us on our social media channels to be included in our Throwback Thursdays! 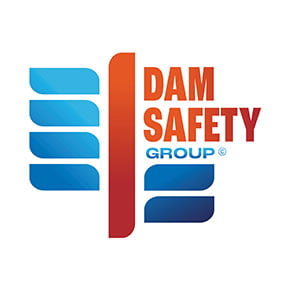 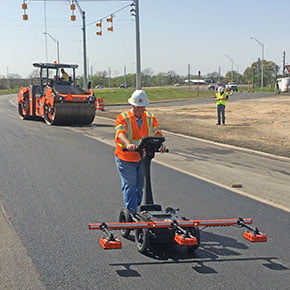 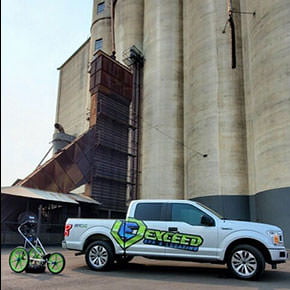