Antarctica’s Thwaites Glacier, also known as the Doomsday Glacier, is losing 50 billion tons of ice each year, and scientists conjecture that sea levels could rise 10 feet if it melts entirely. To survey and measure what’s happening, a team of scientists is using a variety of tools to get a clearer picture of the damage. Ground-penetrating radar is playing a key role, along with torpedo robots and explosives.

Wired Magazine’s article, How Explosives, a Robot, and a Sled Expose a Doomsday Glacier, by Matt Simon, tells the fascinating story. Glaciologist and climate scientist Erin Pettit walked alone through the snow for more than 135 miles over two weeks, dragging a sled loaded with survey equipment and GSSI’s 100 MHz GPR antenna behind the sled. The antenna fired pulses through a thousand feet of ice and analyzed the radio waves that bounced off the seawater below to build a detailed picture of the glacier’s underside. While the team could have gone further if they had towed the unit behind a vehicle, they were concerned about introducing noise into the data from vibrations and walking slowly also helped maximize the radar image resolution.

Every night, Pettit returned to the camp, downloaded the day’s data, and begin analyzing it. She told Simon, “I was thinking, I’m walking on top of 300, 400 meters of ice that’s on top of the ocean, and on this piece of ice that is unlikely to be there for much longer.”

The radar antenna measurements provided great information on how well the glacier’s underside is holding together. The data revealed a “very intricate, complex landscape that has cliffs and gouges and fractures in it … much thinner than the rest of the ice shelf.”

Other scientists are looking at the glacier’s grounding zone – the area where the glacier transitions from land to floating on water. For example, a team of oceanographers and climate scientists are using a robot (an 11-foot-long scientific torpedo) that a crew lowers through a bored hole. The robot is equipped with sonar and lasers to produce a three-dimensional map of the seafloor and the glacier’s belly. Yet another team composed of geophysicists and glaciologists is using explosives, which crews lower into a 20-foot hole in the ice. Seismometers at the surface are used to measure how the energy of the explosion bounces off what is below the ice to determine if is water or solid earth.

Concludes Simon, “By dragging radar on sleds, piloting torpedo robots, and setting off explosives, scientists are building an ever-clearer picture of the most important glacier on Earth.” 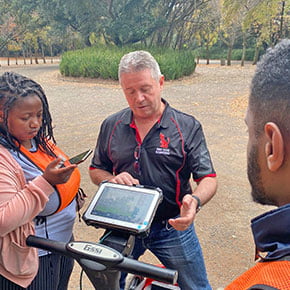 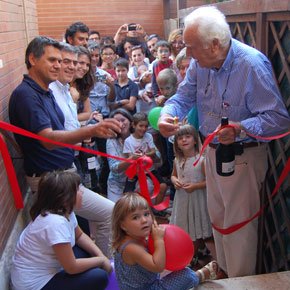 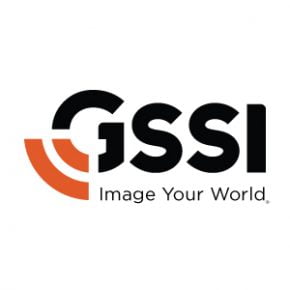